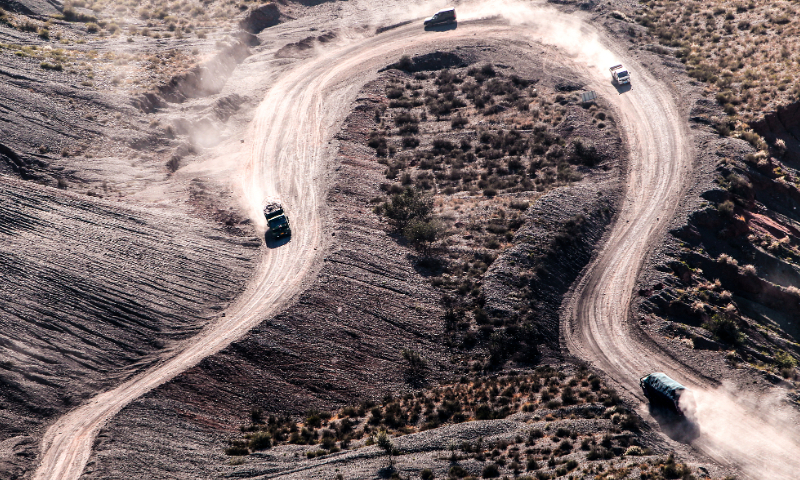 A rare-earth mine in Northwest China's Xinjiang File Photo: VCG

China's rare earth export price hit a record high in August, jumping to $26 per kilogram, up 93.8 percent year-on-year, and industry observers said this upward trend may continue for the rest of the year thanks to factors including tighter policies for environmental protection.

In August, China's rare earth export volume came to 3,673.6 tons, down by 6.7 percent year-on-year, following a decrease of 8 percent in July, data from the General Administration of Customs shows.

The decline in export volume led to tightened supply and higher prices. Wu Chenhui, an independent industry analyst, told the Global Times on Wednesday that the drop in export volume is the result of various factors such as tighter measures for the protection of the environment and resources.

Rare earth export prices will also be pushed up by a supply reduction in Myanmar and surging demand for resources from downstream businesses, the expert predicted.

Other factors such as geopolitical conflicts and inflation may also boost prices.

On August 23, China Minmetals Rare Earth Co disclosed its 2022 semi-annual report, showing that in the first half of the year, the company achieved operating income of 2.201 billion yuan, a year-on-year increase of 39.82 percent.

Countries with large reserves of rare earths such as China have strengthened the protection of rare earth resources and the environment in recent years, and the mining and supply of rare earths are decreasing, experts said.

From the perspective of rare earth reserves, the global rare earth reserves were at 120 million tons in 2021. The top five countries in terms of reserves are China, Vietnam, Brazil, Russia and India, accounting for 95.8 percent of the total reserves.

In the first half of 2022, the profits of most rare earth permanent magnet enterprises maintained a high growth trend, a report from CITIC Securities said, adding that rare earth prices may rise steadily for the rest of the year.