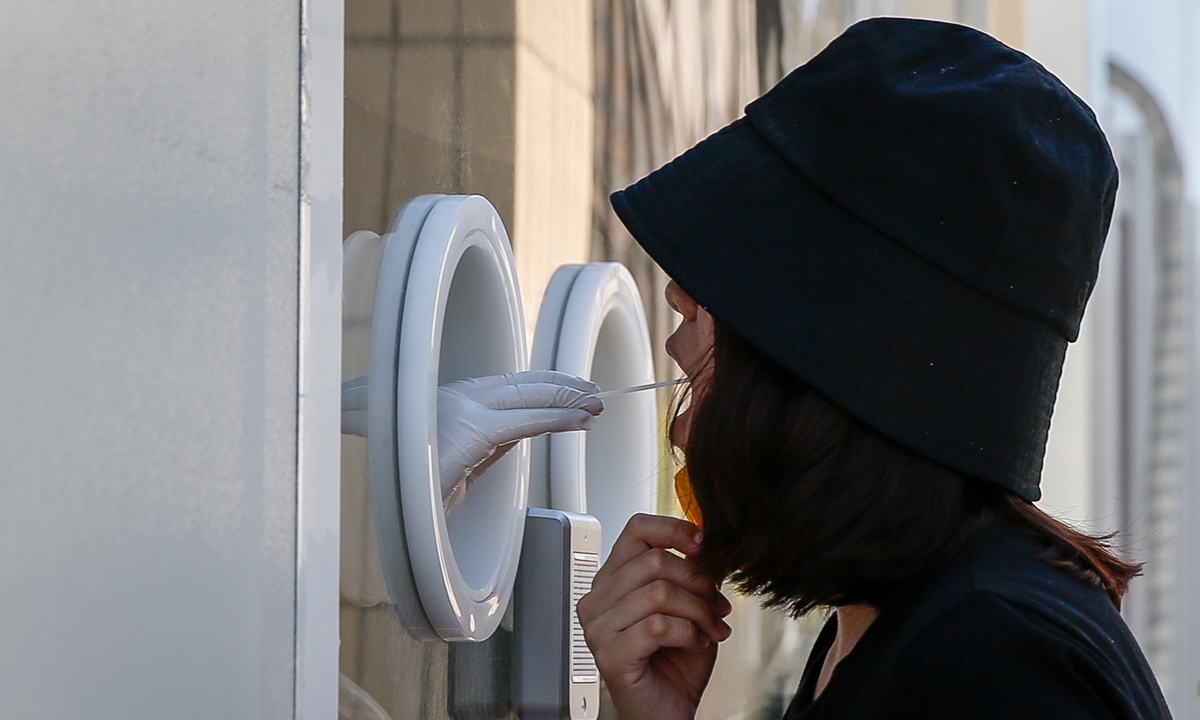 Beijing has reported 21 local COVID-19 infections from Tuesday to 3 pm on Wednesday, three of which were from a high school while the rest came from a university. Beijing health officials advocated residents to stay put during the upcoming Mid-Autumn Festival holiday on Saturday.

According to Beijing Municipal Health Commission, there have been three confirmed cases screened out from the community level in Beijing's Haidian district, the three are classmates and live in the student dormitories of the high school affiliated to Minzu University of China. The high school has traced 570 close contacts, and has been designated as a high-risk area since the three cases have been staying on the campus since September 1.

The other 18 cases were from the Beijing University of Chemical Technology (BUCT) and lived in the university's campus in Changping district. One of them was detected at a hospital's fever clinic on Tuesday while the others, as close contacts, were found positive during quarantine.

According to the university's deputy head Wang Feng, BUCT's Changping campus has collected 17,853 test samples on Wednesday which all showed negative results except one tube which needed double-checking.

Beijing health officials emphasized strengthening management on back-to-Beijing school students and school faculties as the new autumn semester has just begun on September 1 and there are still about 230,000 students and school staff who are going to return to Beijing from other parts of the country in the following days.

As the Mid-Autumn Festival holiday begins on Saturday, Liu Xiaofeng, deputy director of Beijing Center for Disease Prevention and Control, called on residents in Beijing to stay put during the upcoming holidays and avoid travelling to places where locally-transmitted COVID-19 cases have been reported within the past seven days.

Universities in Beijing including BUCT, Communication University of China and Beijing International Studies University have tightened their epidemic prevention management, requiring students and teachers to report their daily health condition and locations.

Those who come back to schools within seven days should avoid group meals or gatherings and receive nucleic acid testing as required, said Liu, asking students and school staff to report to relevant departments and seek medical treatment at once if they don't feel well or have a fever or cough.

College students usually come from very different areas and regions across China, which leads huge movement of people and complex travel history, Hu Yang, a doctor from the Department of Respiratory and Critical Care Medicine in Shanghai Pulmonary Hospital, quoted as saying by the Health Times affiliated to People's Daily.

Hu said COVID-19 prevention in schools should pay attention to the asymptomatic infections as stealth transmission is very likely to happen among young college students with strong immunity who might not have any symptom after getting infected, stressing the importance of nucleic acid testing and track of travel history.