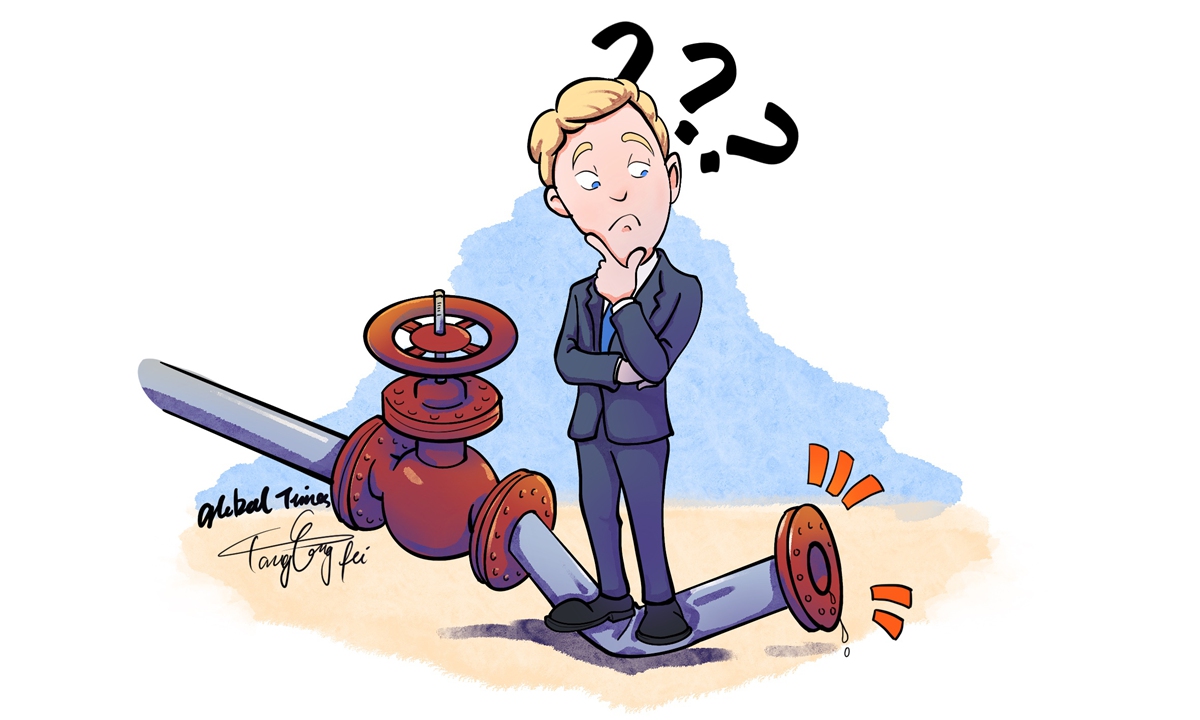 Energy ministers of EU member countries are set to hold an emergency meeting on Friday to discuss how to deal with soaring gas and electricity prices, which could exacerbate serious challenges already faced by businesses and households across the continent, and could even trigger a financial crisis or an economic collapse.

European energy prices further jumped in recent days after Russian company Gazprom PJSC extended a halt to gas flows through Nord Stream, citing technical problems. European officials fear of a meltdown in energy trading. The situation has had the ingredients for a kind of a Lehman Brothers of energy industry, Finland's Economic Affairs Minister Mika Lintil? warned, according to The Wall Street Journal.

Some European households are already worried about not being able to afford this winter's energy bills due to energy shortages and soaring prices. Worse, European energy companies and high-energy-consuming companies are facing operational difficulties due to shortages, reducing production or even going bankrupt, further exacerbating fears of a European economic recession.

The euro zone's big four economies - Germany, France, Italy and Spain - have all had their growth forecasts for 2023 downgraded by the IMF, the Guardian reported. In the near term, a European recession in the winter of 2022-23 is expected as a result of energy shortages and sustained elevated inflation, according to the Economist Intelligence Unit.

EU countries are racing to come up with ideas to stop its energy crisis from turning into an economic meltdown. However, there are many different approaches and divisions over a potential unified approach. Germany wants power-price caps within weeks. Poland is seeking to limit prices on all natural gas imports. Spain says the bloc needs to make sure utilities have adequate financing, Bloomberg reported on Tuesday.

But without reaching consensus first on the actual cause of the problem, the EU will not be able to tackle the problem in any meaningful way. While the current energy crisis in Europe is partly due to a rare combined drought and heatwave this summer, the main determining factor has been the EU's participation in the US-led sanctions against Russia. With the energy crisis, the EU is paying the heavy price for the reckless sanctions against Russia instigated by the US. And the energy problem is hardly a short-term one, as it has inflicted severe structural damage to the European economy.

Yet against all rational expectations and calls from their citizens to drop the sanctions during recent protests in several countries, European leaders have continued following the US in imposing more sanctions against Russia that would almost definitely further exacerbate the current energy crisis they are trying to tackle.

At this critical juncture, European leaders should heed such warnings and seriously assess whether the continent's economy can absorb a hit from an intensifying energy crisis. With soaring inflation, an energy crisis and a plummeting exchange rate, the economic outlook for the euro zone has become increasingly bleak and uncertain.

In other words, the EU has been pushed to a cliff by the US and Washington apparently has no interests whatsoever in saving its European allies. According to the Wall Street Journal, as the US' allies in Europe are desperate for alternative supplies of fuel, the US Secretary of Energy has sent a letter to seven major US refiners to limit fuel exports, instead of asking companies to step up support for Europe. This is very telling about Washington's profound selfishness as well as Europe's awkwardness in following such a hypocritical "friend."

What Europe needs to do now is to reconsider its hasty sanctions against Russia. Putting aside all the overhyped politics, the fact remains that sanctions achieve nothing but hurt everyone. Another reality European leaders must contend with is that in the short term, the continent's economy cannot survive without Russian energy. It is hoped that European leaders will show courage in recognizing these realities and taking effective measures to tackle the energy crisis, instead of tip-toeing around the root cause and worrying about angering Washington.

The author is a reporter with the Global Times. bizopinion@globaltimes.com.cn